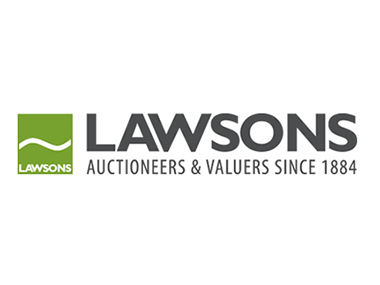 Lawsons has enjoyed over 130 years of unbroken auction history in Australia. In the 20th century, Lawson sold many of Australia’s finest collections including many famous on site house auctions. Notable collections sold included the Burdekin House sale in 1922, the Lloyd Jones collection at Rosemont Woollahra in 1981, the Norman Sheuruck collection in 1963 and the Sim Rubensohn collection at Kelvin Lodge in 1973.

In September 2001, Menzies Group of Companies acquired the historic Sydney auction house. The company was then expanded into two brands; Lawsons to handle domestic and general chattels at our Annandale auction warehouse and Lawson to target the upper end of the Australian auction market for Art, Jewellery, Decorative Arts and Antique Furniture, Aboriginal Art, as well as prestigious house contents auctions.

Lawsons sold Maggie Watson Napangardi’s Digging Stick Dreaming for $336,000. A $5 million Aboriginal Art Auction will be held on 14th and 15th November. A ceremonial board, possibly used in the first Krill Krill corroboree by Paddy Jaminji, Rover Thomas’s uncle and mentor also went under action in May 2007.

Other works on display included:

Other artists represented include: