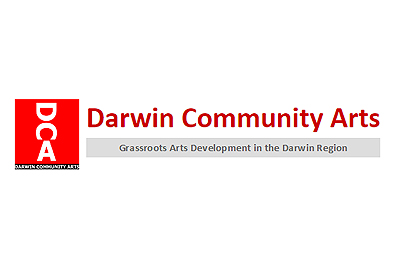 DCA began as Brown’s Mart Community Arts Project (BMCA) in mid-1970s; it was incorporated in 1979. BMCA played a significant role in arts development in Darwin for over thirty years. From it arose other key arts organisations such as Tracks Dance, Corrugated Iron Youth Arts, and the Northern Territory Writers Centre.

BMCA undertook the Reinventing Brown’s Mart program in 2007 to focus on community cultural development at a grassroots level; BMCA changed its name to Darwin Community Arts in April 2008. DCA was originally based at Brown’s Mart in the City; it started piloting grassroots arts development activities in Malak in mid-2007. It ceased managing Brown’s Mart Theatre in 2008 and moved offices to Malak Shopping Centre completely by the second half of 2009.

Since focussing on grassroots arts development and moving to Malak, DCA has significantly increased: partnerships with non-arts organisations; engagement with multicultural and Indigenous individuals and community groups; attendance among local community groups at arts events; patronage and usage of arts-based facilities at Malak; increased funding and resourcing from non-NT arts sources and non-arts sources; production of songs, theatre, and other material by amateur artists; activities in Palmerston and other communities outside Darwin City; awareness and usage of new technologies and digital media in arts education and production.

Malak continues to be a pilot area for DCA’s neighbourhood-based approach although its programs and projects cover different neighbourhoods of Darwin Region (which includes the Tiwi Islands, City of Darwin, City of Palmerston, and Litchfield Shire).