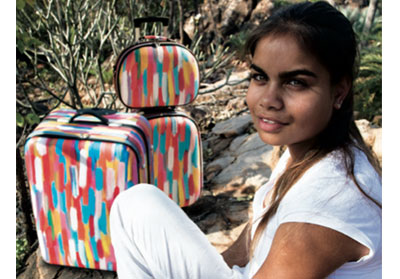 In 2007, Catherine Manuell Design collaboration with celebrated Aboriginal artists Amy (Jirwullurr) Johnson, Evelyn Pultara and Maureen (Murrarngulu) Thompson to create a range of luggage and fashion accessories. They have since added Diane Johnson from Iwantja Arts to their project.

It manufactures, retails, wholesales, imports and exports and has over 300 stockists through out Australasia, Japan, Europe, Budapest, U.K and the U.S.A. Concept stores include a new one in Sydney at 330 Crown Street, Surry Hills and three in Melbourne – City, Hawthorn, Northcote, with others in Stockholm, Sweden and Arizona in the U.S.A.